The history of the baguette spans across the french countryside. As you know, bread made in the traditional way breaks the laws of a ketogenic diet. This Keto Baguette Recipe is as close as you are going to get without kicking your body out of ketosis.

This Keto Baguette Bread Recipe can be used for sandwiches with plenty of lettuce, home made mayonaise and cheese or salami. I made this bread and found it super convenient to grab in a hurry for work.

The word “baguette” was not used to refer to a type of bread until 1920, but what is now known as a baguette may have existed well before that date. The word, derived from the Italian bacchetta, simply means “wand”, “baton” or “stick”, as in baguette magique (magic wand), baguettes chinoises (chopsticks), or baguette de direction (conductor’s baton).

Though the baguette today is often considered one of the symbols of French culture viewed from abroad, the association of France with long loaves predates any mention of it.

Long, if wide, loaves had been made since the time of King Louis XIV, long thin ones since the mid-eighteenth century and by the nineteenth century some were far longer than the baguette: “… loaves of bread six feet long that look like crowbars!”.

Housemaids were hurrying homewards with their purchases for various Gallic breakfasts, and the long sticks of bread, a yard or two in length, carried under their arms, made an odd impression upon me.”

An unsourced article in The Economist states that in October 1920 a law prevented bakers from working before 4 a.m., making it impossible to make the traditional, round loaf in time for customers’ breakfasts.

The slender baguette, the article claims, solved the problem, because it could be prepared and baked much more rapidly, though France had already had long thin breads for over a century at that point.

Be sure to check out my other bread recipes: 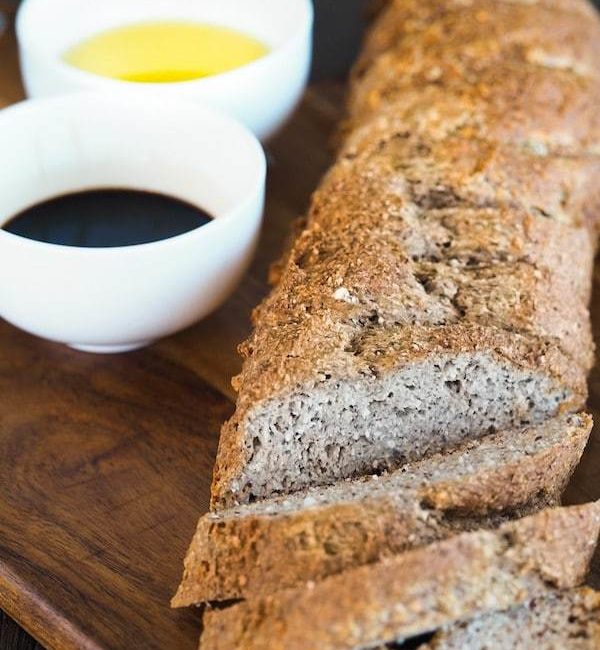 The history of the baguette spans across the french countryside. As you know, bread made in the traditional way breaks the laws of a ketogenic diet. This recipe is as close as you are going to get without kicking your body out of ketosis.
Calories: 88kcal
Author: FatForWeightLoss (Aaron Day)
Prep: 10 minutes
Cook: 1 hour
Total: 1 hour 10 minutes
Print Rate
Serves3 Servings
Tap or hover to scale