It is with great pleasure that I announce Tash from Ketogasm on board as my First Ever Guest Recipe! How Exciting Right? I recently did a post on her keto blog for bad ass babes, you can check it out here.

I’m so excited to share my keto apple cobbler recipe with you guys! When Aaron told me his readers love keto desserts, it got my wheels turning. While I certainly do love low carb sweets, I don’t usually bake. I’m known more for the straightforward savory stuff, keto meal prep and planning, and my ability to explain the keto diet like you’re chatting with your BFF at a slumber party. Comfort zones are for suckers, so I went all in on the dessert challenge and decided to bake one of my childhood favorites. 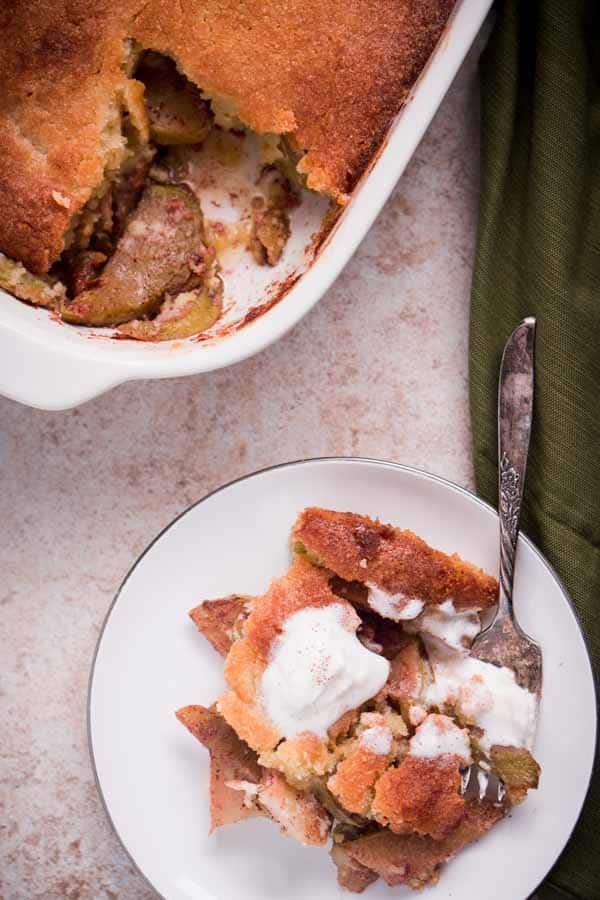 This past month I’ve been fine tuning my baking skills, testing out different low carb flours, and took a deep dive into the seedy underbelly of low carb sweeteners. Guess what? It was a blast! I learned that almond flour and coconut flour are so not the same things, that the temperature of your butter honestly does matter, and I fell head over heels in love with my new favorite sweetener – monkfruit, where have you been all my life?

All this playing around and I had yet to come up with something original to share. Then one day, my partner turned to me as he was stuffing his face with my spiced mock apples and very matter-of-factly stated, “This needs to be a pie.” Cue lightbulb moment.

Only instead of pie, I decided I would make a cobbler; because cobblers are ah-mazing and remind me of the good ol’ days when mom baked on the weekends. Plus, I’ve always preferred the light, spongy crumb topping to pie crust.

For the fruit portion of the cobbler, I used my keto apple pie filling recipe. It’s chayote squash cooked in water, lemon juice, monkfruit sweetener, cream of tartar, cinnamon, nutmeg, and butter. Super easy to prepare and it tastes identical to traditional apple pie filling. Simply pile all the ingredients into a stockpot and boil on high for ten minutes.

The topping is a breeze too! Using an electric mixer, combine room temperature butter with monkfruit sweetener. Next, mix in finely ground almond flour, baking powder, and a pinch of salt. Finally, mix in one egg. The mixture will have the consistency of a wet cookie dough.

Layer the chayote mixture into a 9 x 6-inch baking dish, then spread the topping over the top with a spatula. Bake for 45 minutes at 350 degrees Fahrenheit and allow to cool for 10 minutes before cutting in to serve. Enjoy your keto apple cobbler! 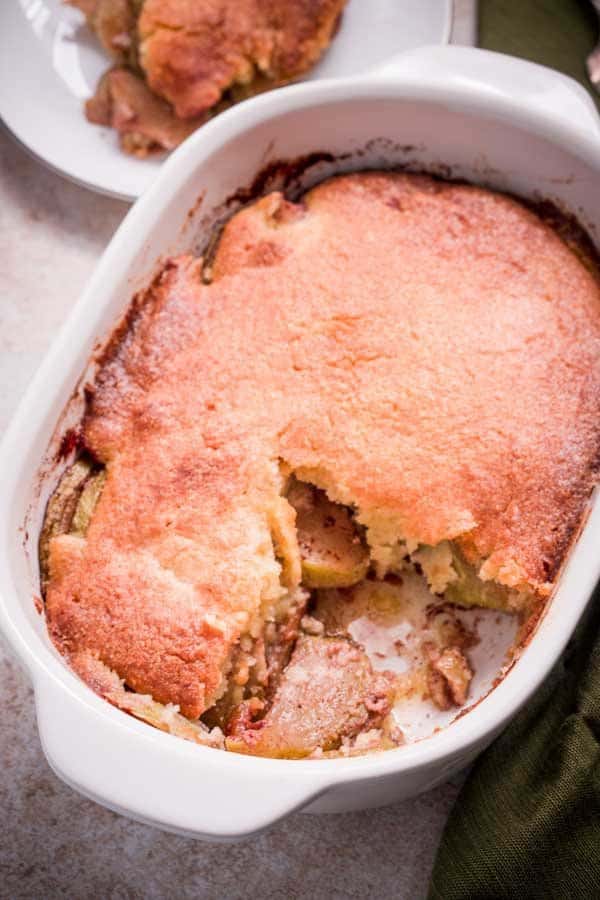 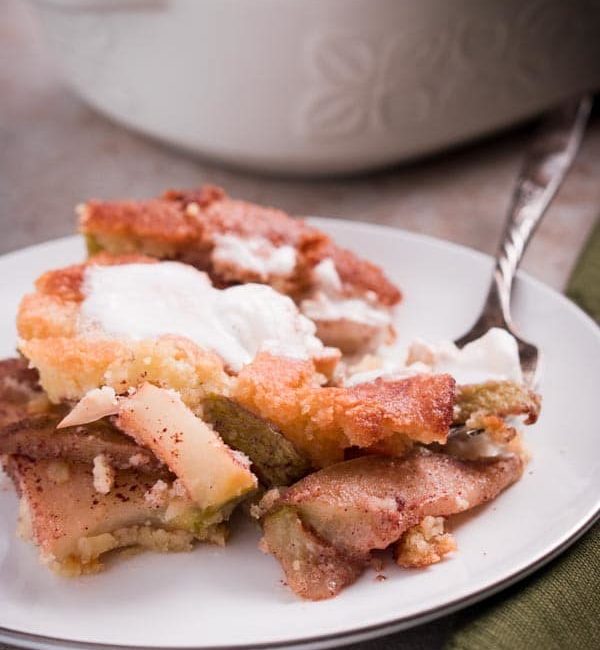 Course:Dessert
Cuisine:Gluten Free, Low Carb / Keto, Vegetarian
Did You Make This Recipe?Mention @FatForWeightLoss Or Tag #Fatforweightloss For Your Chance To Be Featured!

Previous Post
Keto Collagen – What is so good about it?
Next Post
Brandy Low Carb Pecan Pie – Keto Pecan Pie